We had a really good Halloween this year. It was Abby's first year to actually trick-or-treat. I am pretty sure she liked it! For the past few days I think candy has been just about the only thing on her mind. Which is why, at some point tonight, I will be throwing away a good majority of her stash! On Tuesday night, Bianca and I took Abby and Garner to Baylor where they had trick-or-treating at the dorms. It was really nice and she got a TON of candy! So, on the actual night of Halloween she actually only went to three houses - our neighbor (Grandma June), Angelo's Grandpa, and Angelo's Granny. I don't think she minded.
If you read the post about Abby's Halloween costume, you know that we decided to let her go as a dragon because she picked it out - and we decided "we will have many years to come of her being a princess or some variation of that"! Well, about 2 weeks after she picked that costume, some friends came over to the house. They asked Abby what she was going to be for Halloween and she quickly responded, "I'm gonna be a princess like Olivia!" I couldn't believe it! So, at the last minute we made small changes to her costume. Here she is, ready to go: 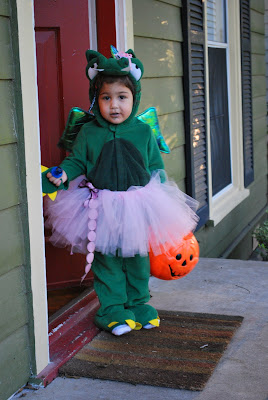 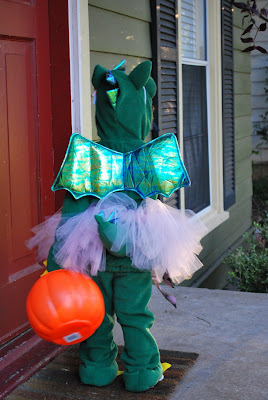 And here is our dragon princess doing her first official trick-or-treat at Grandma June's house! 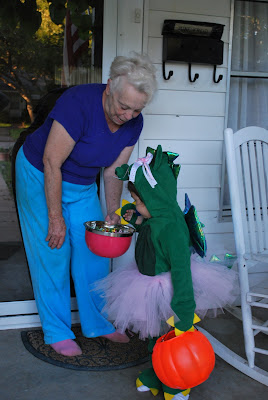 Look at this scary dragon face! 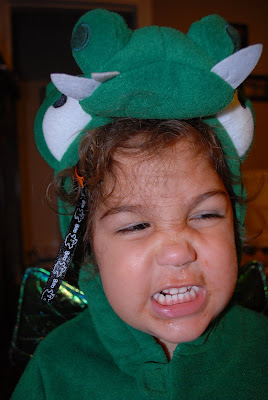 We ended up finding a different, but really cute dragon costume also and they went as brother and sister dragons! 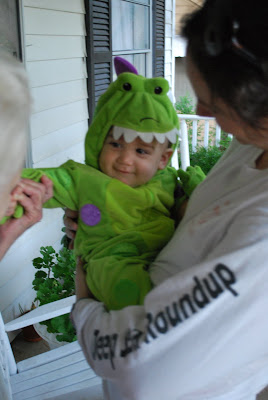 No candy for him this year!
After our trick-or-treat fun, we headed out to Bianca and Ralph's. Halloween is Ralph's birthday, so we had a little Halloween/Birthday get-together at their shop. Angelo made Sangria for the occasion and let Abby help add some last minute ingredients before we went over. 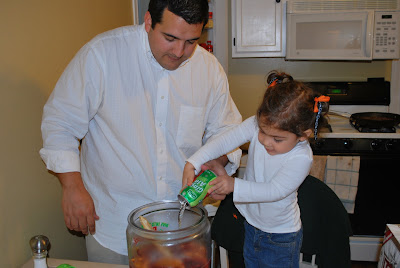 And, of course, she was sneaking in little bites of candy all the time. 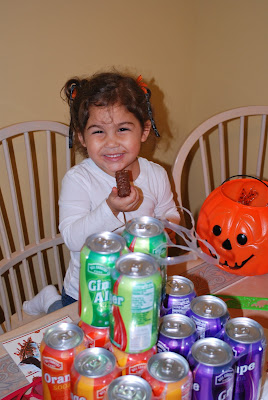 Luckily, she had so much candy that she would take a tiny bite of one and then want to open a different piece. And there were quite a few she thought were "yucky". (When this happened, she would generally say, "This is yucky. Here mama, you eat it." Gee, thanks Abby.) So, even though she was constantly saying, "Can you please open this for me?" she really didn't end up eating as much as it felt like she was.
Here are the birthday boys: 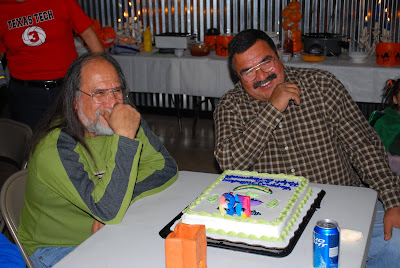 They are twins, if you can believe that! Abby got to help them blow out the candles. 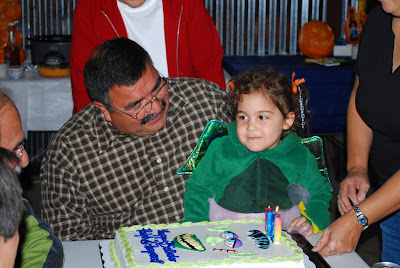 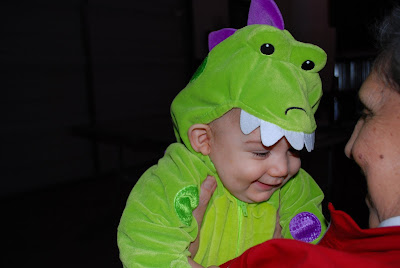 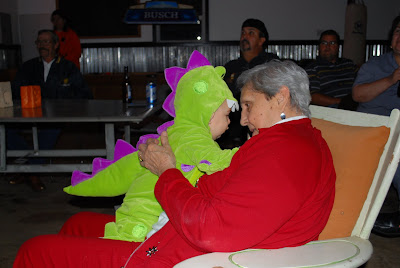 (I think he remembers that she gave him a bite of ice cream at his cousin Ava's birthday party!)

Abby wanted in on the action, too. Aunt Tina is very popular! 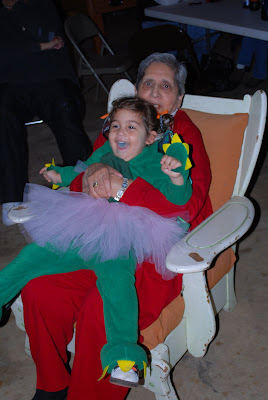 I really debated on whether or not to post this next picture... 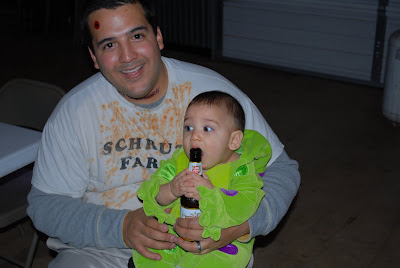 I promise you he is not drinking out of that. It hadn't even been drank from yet, so he is not even getting residue from it. He just puts EVERYTHING in this mouth! And it had just come out of the fridge so it was so cold it felt good on his teething gums! Poor baby!

It was a pretty good time. But all good things must come to an end and this was no different. Some of us were getting a little tired by about 8:30! 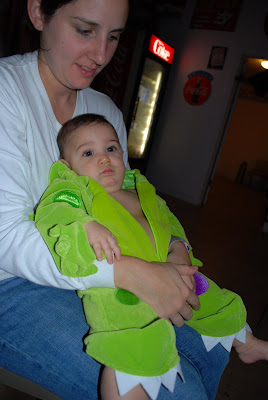 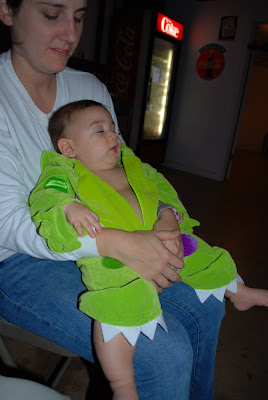 So, Abby, Garner, and I headed to the house while the others partied for a little longer. It was a good night!
Posted by Jamie at 7:49 PM