After a long week last week - Abby had the flu and we had to keep her home all week - we had a great weekend! My mom came to visit and we were so happy to see her and spend some time with her. On Saturday morning we took the kids to the pumpkin patch. It is not the most spectacular pumpkin patch in the world, but it was fun and they were really cute. I would love to caption all of these photos, but there is so many of them I am just going to put them up. I do have to warn you, there are a lot of them and they are in no particular order. I just couldn't decide between them! 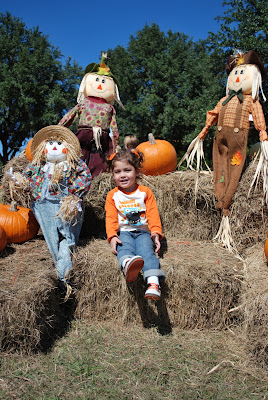 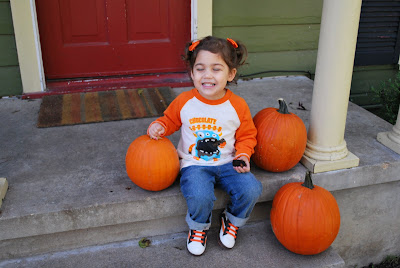 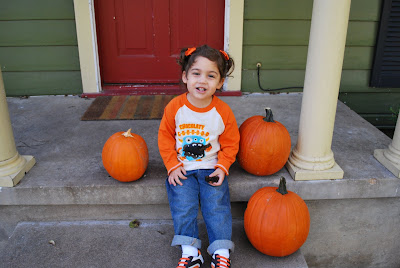 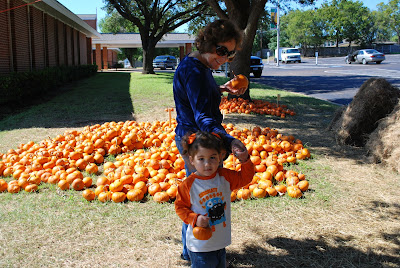 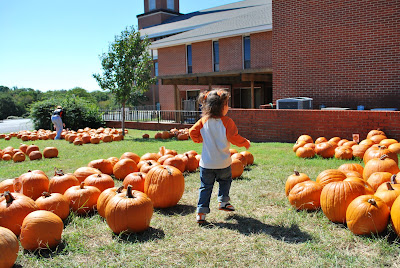 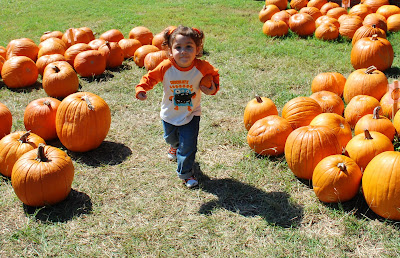 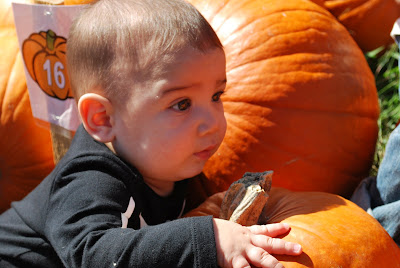 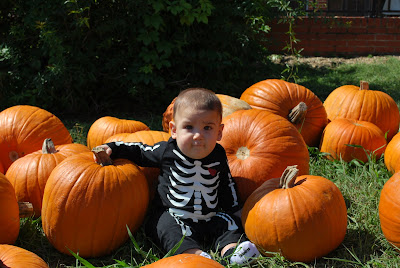 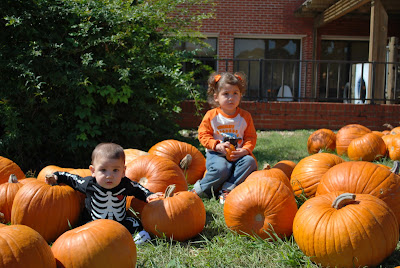 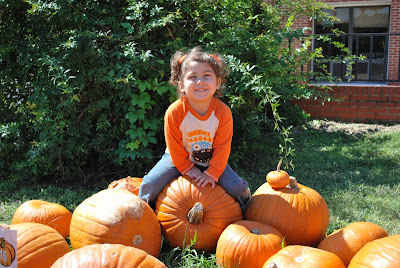 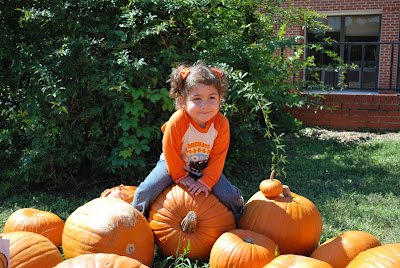 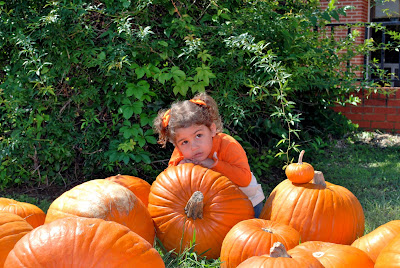 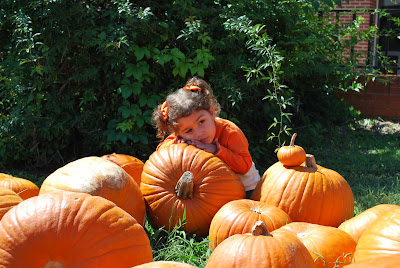 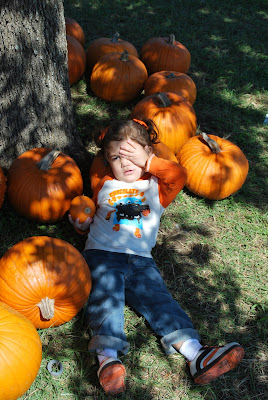 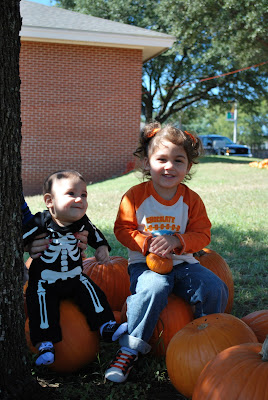 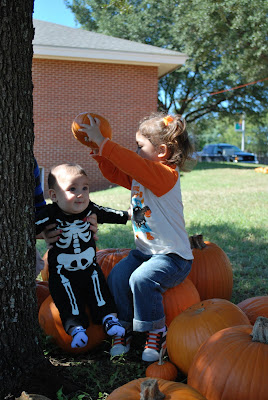 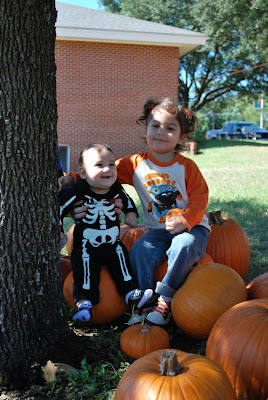 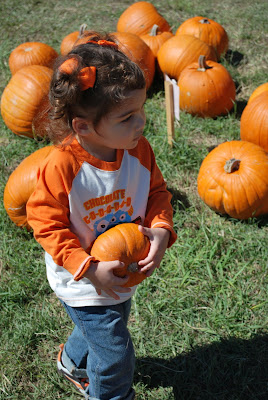 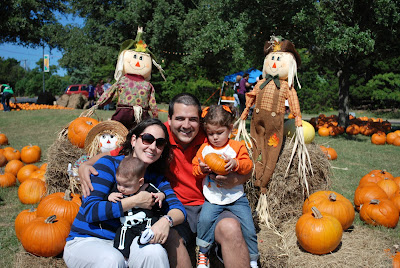 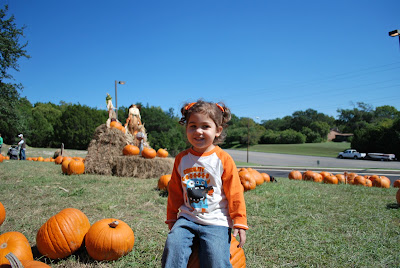 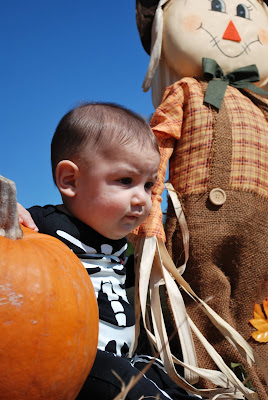 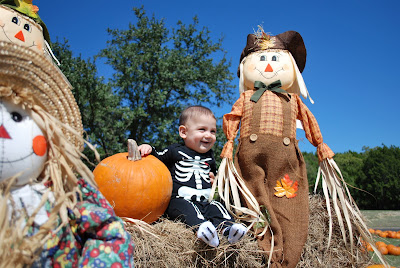 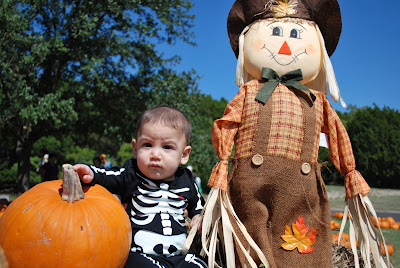 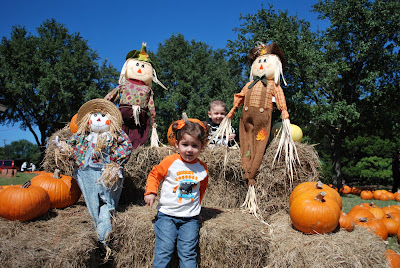 We went to the HOT Fair later that night, which was fun. I am going to a separate post about that because there are tons of pictures of them in their western gear!
Oh, they are so cute! They are both getting so big! Abby says the funniest things everyday. Tonight is heard 4th night of sleeping in her big girl bed without the bedrail! Just one more thing that makes her seem like more of a kid and less of a baby! Garner is doing awesome also. Last time he went to the doctor, he weighed over 18 1/2 lbs! If I can figure out how, I am going to try and take a video of him rolling around on the ground. He has been able to roll over both ways for a really long time, and now he will just roll himself across the room. It is really funny. I have also noticed him trying to get up on to his knees a lot and doing this bouncing thing. I think he is trying to crawl! It will still be a while, but it sure is cute watching him try. He wants to grab everything and put it in his mouth. I can barely talk on the phone while I am holding him because he is trying so hard to get to it and eat it!
Well, we are all happy and healthy around here for the time being! I hope all of you are too!
Posted by Jamie at 7:13 PM No comments: