Henry is trying so hard to crawl!  And he is so close.  Yesterday he took one "crawl step" and has done it several times since.  Today he kind of took two, but I don't know if the second one counts because he sort of fell in to it.  Anyway here he is trying today in his room.  He was playing with these toys and he spotted the red camera case and he wanted it.  You can barely see it there on the right in this first picture. 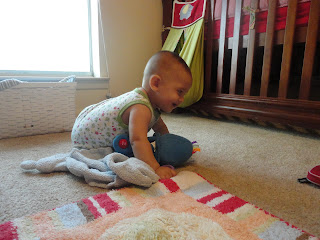 He has a hard time getting started and gets stuck in this funny position quite a bit. 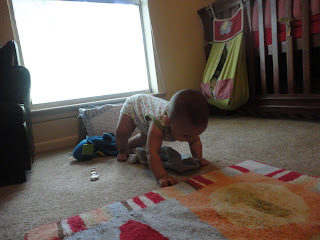 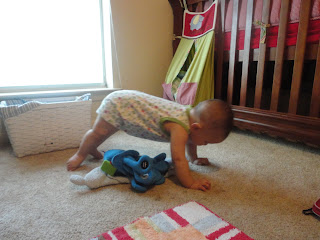 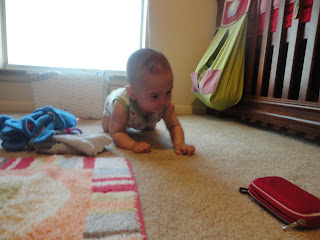 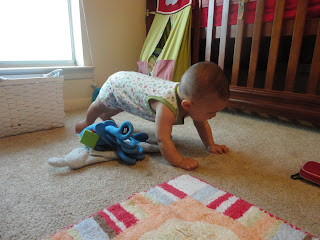 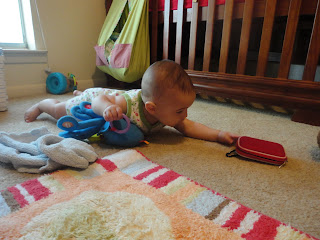 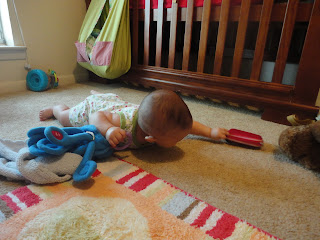 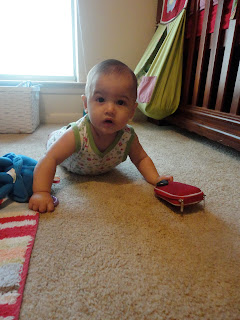 Got it!
Not a perfect crawl, but he can certainly can get around in his own way!  Through a combination of rolling, getting on his knees, falling, scooting, and that weird position up on his feet, he moves all around the room.  He is getting so big so fast!
Posted by Jamie at 9:04 PM

not much longer buddy and I find you in that position I am going to enjoy that sweet, tight little bum, I LOVE nice tight little yung boys